Yoga is certainly well known for its ability to increase flexibility and reduce stress, but Cognitive Vinyasa, a form of yoga that focuses on breathing and movement, has benefits that extend to improved brain function and increased concentration. In this article, we will discuss the benefits of Cognitive Vinyasa Yoga and why you should try a class now!

What is Cognitive Vinyasa Yoga? 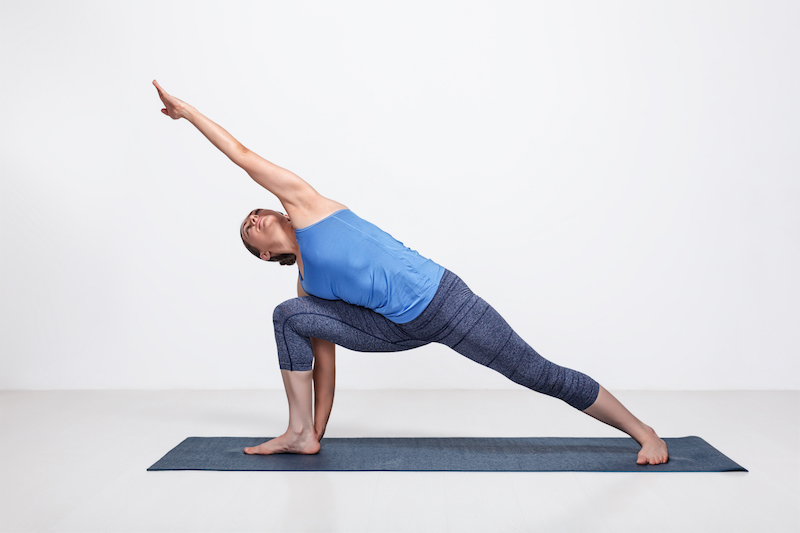 Cognitive Vinyasa is a type of yoga that connects movement with breath to create seamless poses. It is sometimes referred to as “Flow Yoga” because of its ability to string together body movements, spiritual awareness, and the mind. Broken down from Sanskrit, Vinyasa means “to place in a special way”.

Vinyasa dates back to the Vedic age, also known as the Indian Bronze Age, and follows the philosophy that constant change is an inherent aspect of life. This is exemplified in the temporary and ever-changing movements done during Cognitive Vinyasa yoga sessions that almost mimic the beat of a heart or the inhalation and exhalation of breath.

Cognitive Vinyasa differs from other forms of yoga by its many customized movements. It doesn’t follow the methodical sequence that Bikram or Ashtanga Yoga uses, so no two Cognitive Vinyasa Yoga classes are exactly the same.

How Yoga Improves Your Mental Health 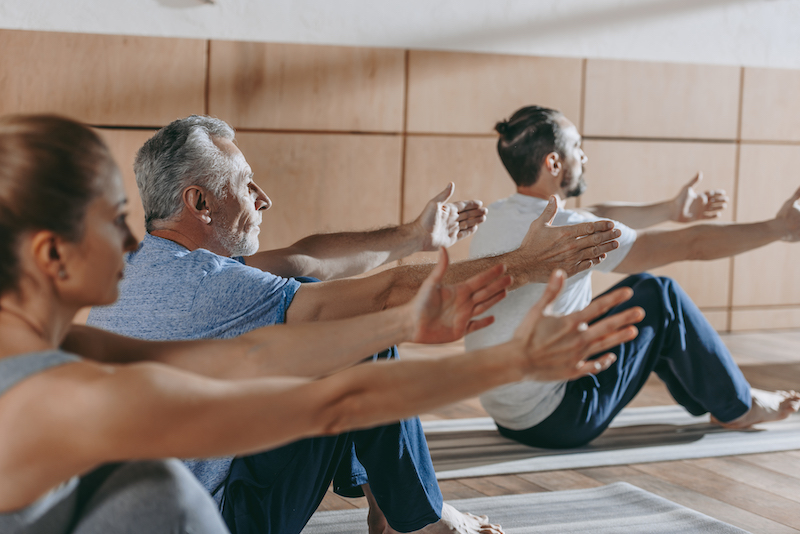 Yoga is seen by some as purely a form of exercise, but that is certainly not entirely true. While yoga absolutely offers exercise benefits like increased muscle and core strength along with muscle lengthening, some of the greater benefits that come from yoga are found in the improvements of mental health. Cognitive Vinyasa Yoga is a great example of this unification of both exercise and mental health.

Mental health is such an important aspect of a healthy lifestyle and so often we overlook it. Because we’re focused on how our body looks rather than how it feels, we may not recognize the importance of mental health to our overall well-being. Consistent exercise is one of the best things you can do to improve mental health, but there are a few other ways that yoga can help with common mental health issues like: depression, anxiety, PTSD, and ADHD.

As human beings, we need social interaction in order to be stable and happy. Taking a yoga class can provide this need for social interaction and help you feel part of a community. Many people begin by finding a great yoga instructor who will provide guidance, nurturing, and support. Building kinship while having fun and exercising your mind and body is great for a healthy mental well-being.

Yoga is an excellent resource for reducing stress as it provides a way to deeply connect with the internal mechanisms of your body. Meditation and focusing on your breath has been proven to reduce stress in the body which can improve memory and mental clarity.

Many exercises, especially running, are known to release endorphins. Yoga is an amazing, low-impact alternative that also releases endorphins. Yoga has also been shown to relieve pain and reduce stress. This is a true example of how yoga creates a sense of harmony through the connection of mind and body.

Effects of Yoga on the Brain

As we’ve mentioned, yoga offers a variety of benefits for mental health, but how exactly does it affect the brain? The answer to this can be found when we look at the cerebellum, hippocampus, and neurotransmitters.

Cognitive Vinyasa Yoga specifically focuses on the ways the brain is used. Physiological and psychological practices are what make this form of yoga so inviting for people who may suffer from issues of mental health.

Yoga, along with meditation, Reiki, and massage, is proven to have positive effects on the brain which makes it a great activity to add to your routine whether it’s for increased muscle tone or to keep your brain healthy. 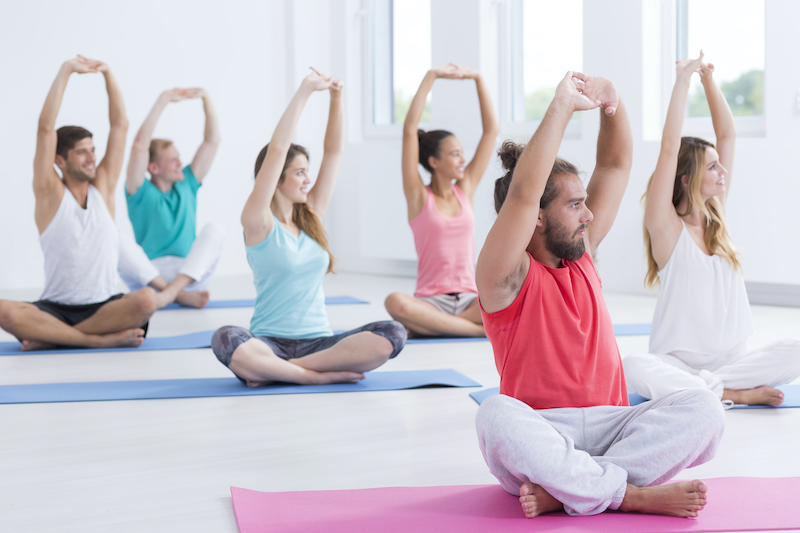 Increasing your cognitive skills is shown to help ward off debilitating diseases such as Alzheimer’s, Huntington’s, and epilepsy. Cognitive exercises can often be overlooked due to the stress of everyday life.

Cognitive Vinyasa Yoga incorporates a great deal of the necessary actions that help to increase your cognitive skills. In a Cognitive Vinyasa class, you are in a state of relaxation and are encouraged to focus on your breathing. During this state, your heart rate is steady, and your brain is receiving more oxygen which provides better clarity for your body and soul. Increased oxygen means that more oxygen rich blood is being pumped throughout your body which provides more energy to your muscles.

The mind and body are simultaneously working together during a Cognitive Vinyasa class as your increased oxygen levels are helping both the brain and the muscles to perform at an optimal state.

At Yoga Now, our mission is to nurture your mind, body, and soul through our many healing services. We pride ourselves in our ability to improve mental health through practices like Cognitive Vinyasa Yoga that connect body awareness and the mind. For more information on classes, yoga instruction, or the other relaxing services we provide like massage, please contact us today and get started.